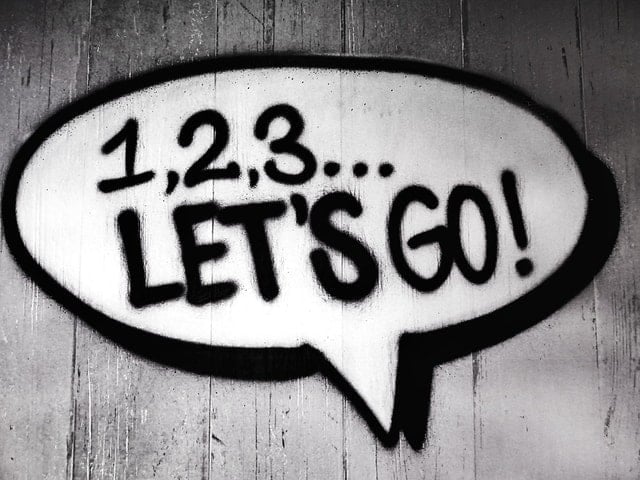 What is Grant Cardone’s net worth in 2021? Let’s talk about the ‘Undercover Billionaire’ that turned his life around after being a drug addict until 25.

Grant Cardone is a well-known name when people talk about business, hustling, and making money. He is inspiring and motivating to many. It didn’t start that way. He turned around his life at age 25 after he got over his drug addiction. Cardone is living proof that their situation binds no one.

That’s what we’ll be going into here. We’re discussing Grant Cardone net worth, who he is, his life, and how he’s earning his money. Let’s go right in!

Who Is Grant Cardone?

Grant Cardone is among the renowned names for topics like investing, entrepreneurship, hustling, and side hustle ideas. He has been influencing and motivating people for many years now, especially on themes like taking responsibility to create your dream life.

Grant Cardone is best known for founding the 10X Movement, where he talks about getting big results by taking 10X bigger actions. He is an international speaker and the best-selling author of the 10X Rule and If You’re Not First, You’re Last. He has been successful in building up a large and impressive net worth from scratch over the years.

Famous for the vast real estate empire he has built, he is also known as a sales coach, investor, writer, and motivational speaker.

Despite all this, part of his popularity is because his road to wealth and fame was not easy, and he overcame multiple hurdles. His dedication to making a deal has let him become the business magnate he is right now.

He earns $40 million per year from his e-commerce ventures alone. The worth of his real estate properties (which is the main bulk of this fortune) is estimated at approximately $1.4 billion. His YouTube channel for real estate-related investments is one of the most viewed and liked YouTube channels, which nets him another couple of million per year. And he is the host of his 10X conference, which is considered one of the most successful conferences in the United States.

All these achievements are just the ones that are public knowledge. He is also a bestselling author and holds private real estate through his Assets Under Management.

How Much Does Grant Cardone Make A Year?

There are no specific numbers on exactly how much Grant Cardone makes a year. Based on his $2.6 billion net worth, we can make a decent estimation. If we take the average market return of 7% per year, he makes around $182 million per year.

These are hypothetical earnings based on the average investment return corrected for inflation. It will be possible that it’s higher or lower, depending on how much he earns from other projects like TV shows and sponsorships.

We can add what we know, which is:

As you can see, the income of Grant Cardone quickly adds up.

In Grant’s own words, he grew up poor. Born March 21, 1958, in Lake Charles, Louisiana, Cordone was one of five children. He is one of a pair of twins, the other being his identical twin brother, Gary.

As a kid, Cardone and his father would often visit real estate properties as a family outing, which laid the foundation for his interest in real estate.

The family lost their father when Grant and Gary were just ten years old, which lead to some rebel years. At the age of 15, Grant began to study the real estate process.

According to Cardone, there was no male figure to aspire to after his father’s death, even though he realizes that he had people in his life who loved him.

As Grant went on to become a teenager, his lifestyle was questionable. He was into alcohol and drugs and was always in trouble in school. He faced frequent detention and suspensions but did manage to graduate from high school.

Grant Cardone started his career by working for a sales company. He lived in several places, including Houston, TX, LaJolla, CA, and Los Angeles. In this period, his drug problem worsened, and he went to rehab. Grant was 25 years old at that time.

Cardone loathed his job in sales, but he hated being poor even more. He had also realized that being on the job kept him occupied and focused as a good distraction from the addictive stuff. Grant continued to work as a car salesman and started putting money in real estate on the side.

He bought his first property at 29 and made his first million in the next five years while continuing his job as a car salesman. He invested every single dollar he had left at the end of the month in real estate, making for great compounding returns over time.

How Does Grant Cardone Make Money?

Grant Cardone first started a consulting firm, where he helped auto dealerships and manufacturers to increase their sales. While doing that, he started investing in real estate with the profits. As of 2021, he owns between 4,500-4,700 multi-family units.

Let’s go into this in a little more detail.

Grant Cardone’s first self-owned business venture was a consulting firm. He worked with auto dealerships and manufacturers in the United States and Canada to change their sales process. The goal was to make both car customers and dealers happy.

Grant wanted to innovate the auto industry, and the auto industry rewarded him well while doing so. He consulted while continuing his auto sales job until he saved up enough funds to invest in his next real estate investment.

While still working as a car salesman, Cardone invested in his initial property. This was a single-unit property in Houston. After placing renting it to tenants for seven months, the tenants left, and his cash flow was gone. While challenging, this was his first lesson for investing in real estate. He sold the property and vowed never to buy a single-tenant unit again.

He learned to never rely on a single tenant for property income and to generate cash flows. It would take about five years for his next investment, as he bought a multi-family unit in San Diego. A month after this initial multi-family acquisition, he bought his second property. He planned to use earnings from the first two properties to fund buying the third.

Grant carried on with this strategy and gradually started buying more and more property. By 2012, Grant Cardone’s company was supposed to have the most private property deals in Florida, focusing on multi-family property. As of 2021, he is believed to have 4,500 to 4,700 apartments.

In 2011 Cardone became more popular with a short stint on National Geographic, on a show called the Turnaround King. He uses his entrepreneurial skills and business methods to help business owners struggling to revive their businesses in the show.

Grant Cardone is the owner of Cardone Capital, Cardone Training Technologies, Grant Cardone TV, and Grant Cardone Sales University, which together earn multiple millions per year. He owns and controls investment properties valued at about $1.4 billion in the United States. He does this through his companies. The multimillion-dollar real estate empire that he owns and controls is spread from Alabama, Arizona, California, Florida, Georgia, North Carolina, Tennessee, and Texas.

With Grant’s own “Be obsessed or be average” tagline, Cardone Capital is sure to continue its growth and spread further geographically.  In his interviews, Grant himself has noted that his holdings are usually wholly owned by him, apart from a little under 2% of his real estate portfolio held by external partners, like his family and friends.

Grant keeps his company near and closely held. The majority of his real estate portfolio is funded through debt from banks and investors. He is a firm believer that it’s okay to take on debt as long as you use it to buy cashflow generating assets, which is something also said by Robert Kiyosaki in Rich Dad Poor Dad. Grant beliefs firmly in trading money for financial freedom.

Grant Cardone’s current empire is primarily generated from leveraging debt. He pays off the debt with his monthly revenues.

Out of these five, “If You’re Not First, You’re Last” is his most notable #1 best seller.

Some of the most famous quotes from Grant Cardone are:

Grant Cardone’s net worth increases over time come of his determination to succeed and focus on that goal. He practiced a high-income skill like sales and managed to grow exponentially because of it. Over time, he let his net worth compound and grow to the fortune it is today.

Grant Cardone is someone who came from nothing and has build up his net worth from 0 to $2.6 billion during his lifetime.

If you want to increase your net worth, here are a couple of tips: