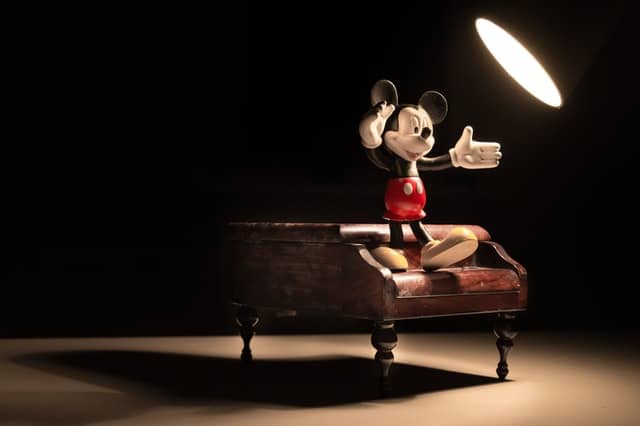 Do you want to get inspired? Walt Disney quotes are invaluable words from the man who dreamed of nothing but true happiness for everyone worldwide.

Reading Walt Disney quotes feels like sitting in a room across from the man himself, listening to words meant to encourage us through life. In a sense, he helped raise children of the world through his films, instilling values like kindness, patience, and hope through entertainment.

Imparting wisdom as much as he could, Walt Disney quotes are far more than just pick-me-uppers to read before starting the day. These are all from personal life lessons that helped him succeed against the harshness of those times, including two world wars and the extremes of being a pioneer of his craft.

Would you like to know what Walt Disney was like before and after he became famous? Which Walt Disney quotes do you find most inspiring?

Who Is Walt Disney?

Walter Elias Disney was born on December 5, 1901, in Chicago. Even as a boy, Walt loved to draw. He practiced by copying the cartoon skit printed in his father’s newspaper. In 1905 their family first moved to Marceline, Missouri, to start a life on a farm. But after his father got sick with typhoid, farming was no longer an option. The family sold their house and moved to Kansas.

In Kansas, Walt became good friends with Walter Pfeiffer, a boy from a family of vaudeville and silent theater fans. After sharing their interest with young Walter Disney, he too became a fan and would re-enact the films he’s seen together with his friend. During this same time, his father also allowed him to attend art classes despite their limited financial resources. With his love for films and passion for drawing, Walt would set up his first company, Laugh-O-gram Films studio, in a few years.

Instead of becoming extra cautious, Walt Disney goes all out on an ambitious project called Alice’s Wonderland, putting a real-life person into an animated world. It was the first animated film of its kind, and it looked very promising, but the company went broke trying to produce the movie.

Walt Disney wanted to start a new career as a film director, but he was turned down by every studio he knocked on. He took a gamble by sending the unfinished print of Alice’s Wonderland to a New York distributor and got an offer. Walt gathers his crew from Kansas to work on the project with him.

After Alice’s Wonderland, Walt Disney continued to come up with ideas. Innovative films like Steamboat Willie led to the production of his first feature animation in technicolor, Snow White and the Seven Dwarfs.

The success gave Walt the resources to build Disney Studios, the place where the films Three Little Pigs, Pinocchio and Bambi were created. Soon after, Disney Studios also got involved in live action.

As involved as he was at work, Walt Disney held family above all else. He was a doting father to his children and enjoyed his time at home. The very concept of Disneyland was born from his desire for every parent to experience the same happiness he does with his family. On July 17, 1955, Walt opened the gates of Disneyland to the people.

He oversaw everything, not at a corporate standpoint, but according to how he feels it should be. Making sure that every experience was a learning, inspirational adventure for everyone.

Two years after Marry Poppins was released, Walt Disney passed away at the age of 65 on December 15, 1966.

Walt Disney’s career was riddled with failures right in the beginning, but like he said, “The difference between winning and losing is most often not quitting.” If his father can build beautiful houses with his bare hands for their family and other people, then he should at least be able to lay the foundations of his own future.

Walt Disney was a trendsetter, an innovator, and a significant part of his success was believing that he has to be genuine in order to give life to his characters. At the same time, he always encouraged everyone to believe and have dreams because success has to start somewhere.

Walt Disney Quotes About The Future

Walt Disney Quotes About Growing Up

All in All – Walt Disney Quotes

Walt Disney was a bit of an introvert; a ticklish point for his crew was when he almost regretted coming up with the idea of producing “live-action” episodes; they gave him no other choice but to host it himself. But he was a clever man who wanted to take everyone on an adventure through his storytelling. He managed to do this by creating a persona in every one of his animated films.

A man who kept repeating words of encouragement to the generations that followed his time by shining the spotlight on the magical films he created. Mary Poppins was the last film he oversaw before passing away, as if saying it was his time to go and hopes we learned something. How it was our turn to inspire the younger people, we can always rely on Walt Disney quotes for guidance.

“I only hope that we don’t lose sight of one thing – that it was all started by a mouse.”