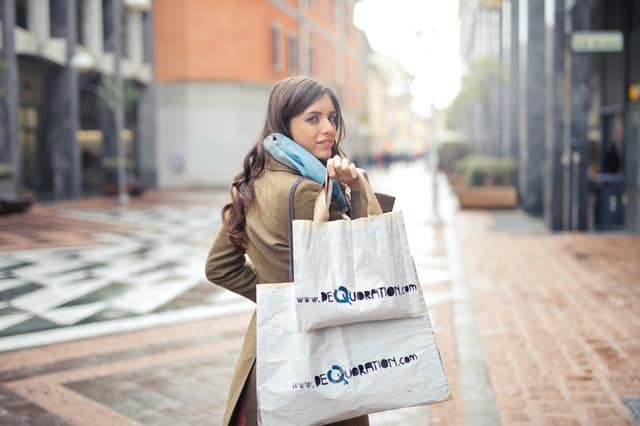 As we (maybe?) near the “new normal” with vaccines going into more arms every day, it might be a good idea to evaluate your spending habits before jumping back into the fray. There’s a good chance you’ve saved up after missing out on all those bottomless brunches and avocado toast entrees that aren’t filling enough so you stop for a donut on the way home.

I would do anything with my money, but I won’t do that

However you’re thinking of spending whatever you’ve saved over the past year—be it from missed travel, lack of weddings, or more at-home meals—here are four spending habits you should avoid like Meatloaf avoids doing that.

Use my credit card when I have cash

Cash usage was on the decline even before the COVID-19 pandemic, but using cash instead of a credit card—especially on ordinary, everyday purchases—has several advantages.

If you limit your spending to what you have in your wallet, you can stave off debt that you’re likely to forget about by putting it off until later.

If you’re already struggling with overwhelming debt, you don’t want to add unnecessary debt to the pile. To fight off what you may have already stacked up, you may want to investigate what kind of debt consolidation loan rate you could qualify for.

So, you have Netflix, Hulu, Amazon Prime, HBO Max, Disney Plus, Apple TV Plus, Peacock, and Paramount Plus, but are you really using all these streaming services? If you’re paying for all of them, that’s just under $55/month, or nearly $660/year, at minimum. And that’s just video streaming services.

If you’ve finished watching The Mandalorian or you don’t read The New York Times unless your college roommate sends you a link, it might be a good idea to audit which services you actually use to see where you can cut costs.

There are even services, like Truebill, that will find and cancel unused subscriptions for you, so you don’t have to do the heavy lifting or, you know, talk to another human.

A hot financial tip is creating a monthly budget to track your spending. While a monthly budget can help you allocate for reoccurring spending like rent, utilities, and debt repayment, it doesn’t account for what you’re spending on a day-to-day basis (iced coffee from Dunkin’, yada, yada, yada). Creating a microbudget of 10 days or so can help you look more closely at those daily expenses and see what you can eliminate.

This also can be a good way to see what you’ve set up automatic payments for and how much you’re paying for those. According to a recent Chase Bank survey, 55% of respondents didn’t know how much was leaving their account every month for recurring payments.

Ever drunkenly spent $100 to become a card-carrying member of the Justin Bieber fan club? Or forgotten about buying a NutriBullet when craving a smoothie (it was totally on sale) until it showed up on your doorstep? Or said YOLO and bought playoff tickets for your favorite team because who knows when they’ll make it back?

These would all fall under spontaneous and/or emotional, i.e., unplanned purchases. While you don’t need to consult your monthly budget for every purchase made on a whim—that pack of gum you snagged in line at the grocery store isn’t going to break the bank—you want to make sure you can afford these larger purchases before haphazardly plugging in those Mastercard digits.

Casey is a reformed sports journalist tackling a new game of financial services writing. Previous bylines include Newsday and Philly.com. Mike Francesa once called her a “great girl.”